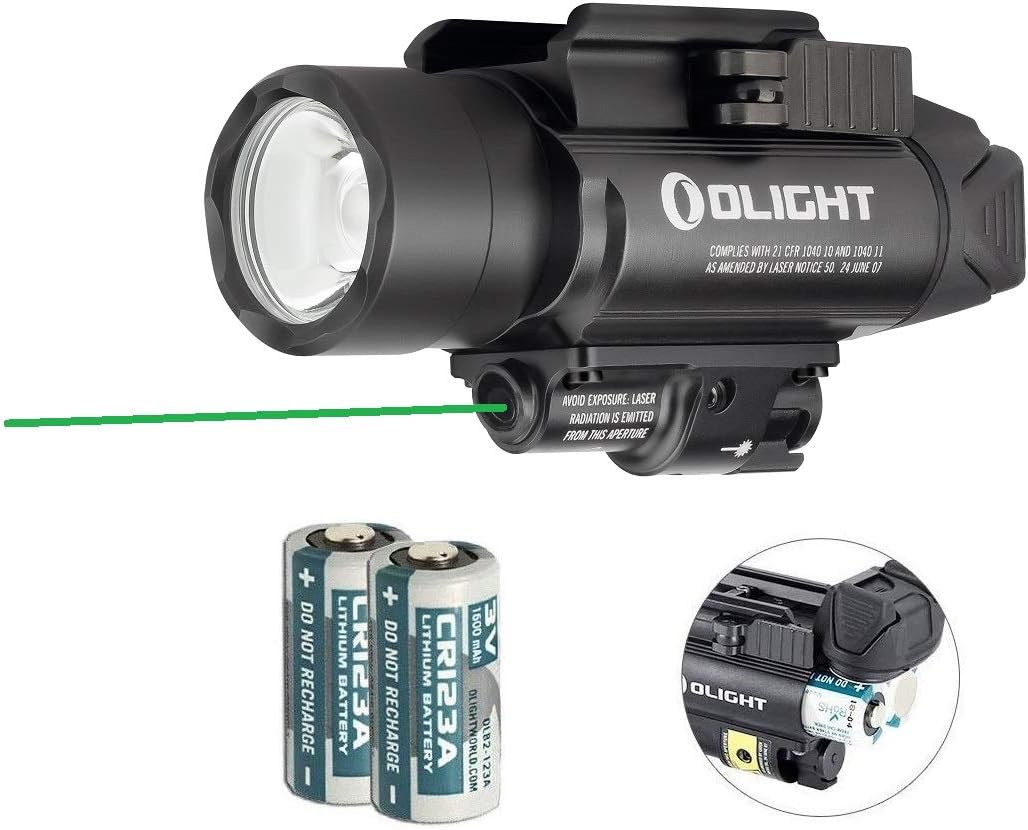 The BALDR Pro is a professional lighting tool with green laser sight and white LED for installation on equipment with a Picatinny (MIL-STD-1913) or Glock rail. Powered by two CR123A batteries, the max output of the BALDR Pro is 1350 lumens. The cool white LED and TIR lens makes for a robust search light. The center beam of the BALDR Pro is intense and concentrated, also soft and wide when near the ground. The white LED can also be set to 300 lumens of constant lighting. The beam emitted by the green laser is clearly visible during both night and day. Equipped with adjustable screws; the light can withstand strong impacts and vibrations without loosening after calibration. Itâs easy to install and detach the light by pressing or loosening the side swing arm. The main body of the product is made of aluminum alloy for extremely high strength and reliability. The BALDR Pro is a high-quality choice for professional users with its excellent ease of use, high brightness and extremely powerful performance.