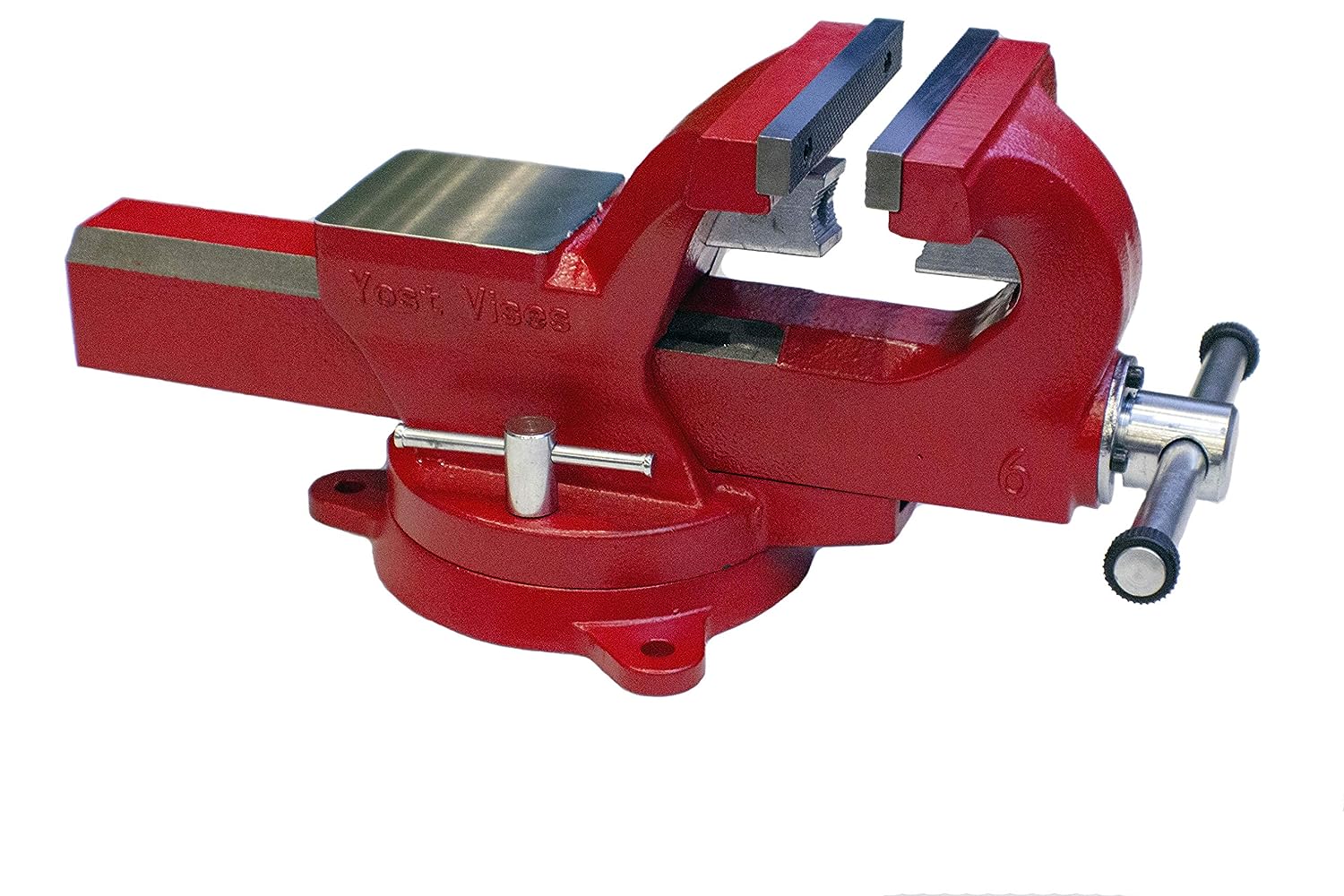 Made from 130, 000 PSI Ductile Iron, the Yost Vises ADI-6 is both lightweight and strong. These vises are designed for durability and longevity. The body is 4 times stronger than cast iron vises and 50% stronger than the previous Forged Steel Vise (FSV) Series. This extra strength means more clamping force for demanding projects. The Ductile Iron Vise is lightweight without compromising clamping force. As the only manufacturer in the world to build vises out of ADI, Yost Vises is proud to say that this is the toughest vise you will buy. The Vise features a 360-degree Swivel Base with two lock downs.

Yost has been building tools for 100 years. Our staff is always ready to answer any questions you may have.

Made from 130,000 PSI Austempered Ductile Iron, the Yost ADI-8 line of vises is both lightweight and strong . These vises are designed for durability and longevity. The body is 4x as strong as cast iron. This extra strength means more clamping force for demanding projects. The Forged Steel Vise is lightweight without compromising clamping force.