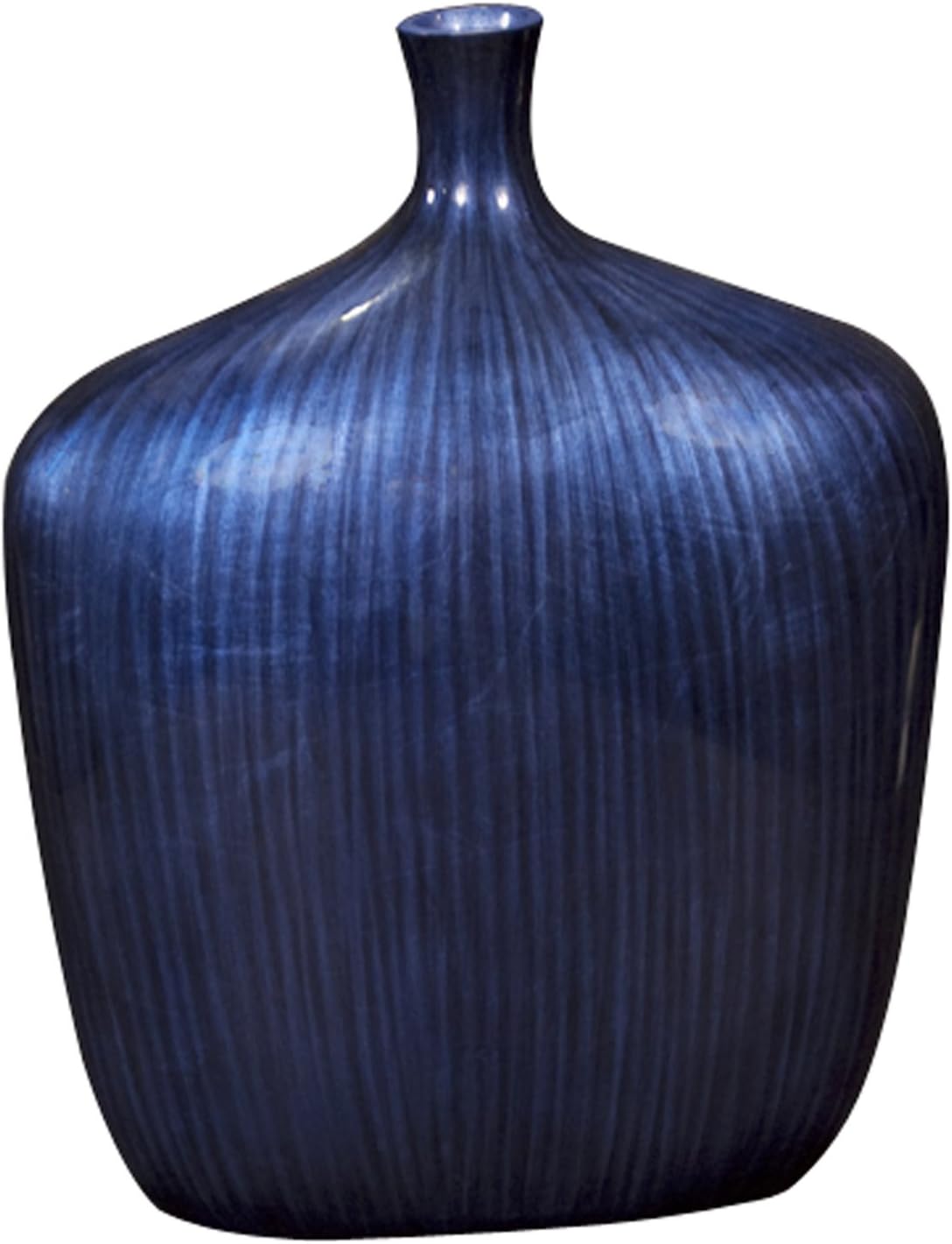 Cobalt Blue with Brushed Black Accents Vase-Small. Dimensions: 10-inch by 8-inch. Weight: 3 lbs. The Howard Elliott Collection is one of the premiere manufacturers of decorative mirrors and accessories in the home furnishings industry. Howard Elliott attributes their success to innovative designs, a broad variety of styles and sizes, unique combinations of raw materials and extremely competitive pricing. All Howard Elliott mirrors and decorative accessories are hand finished.