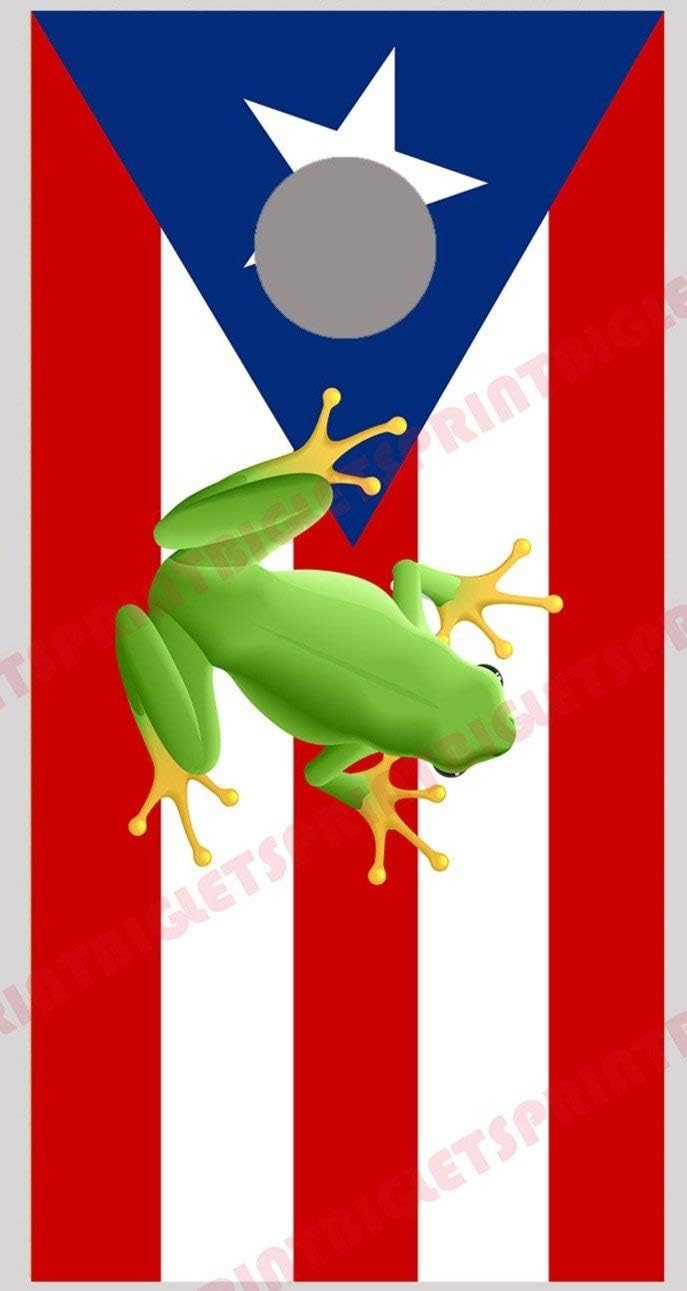 Puerto Rico Flag with Frog Cornhole Board Decal Wrap All cornhole board decal wraps are not created equal and not everyone offers laminated versions. We only use high quality Oracal vinyl and laminates. Some print companies will use the cheapest vinyl they can get their hands on with no laminated at all. We guarantee you will be satisfied with the high quality of our cornhole board wraps. Choice of Laminated and Non-Laminated Versions of our wraps! You gotta make your boards look better than anyone elses, so you need our wraps! CORNHOLE BOARD DECAL WRAPS ONLY. THESE ARE NOT THE COMPLETE CORNHOLE BOARD SET. YOU SUPPLY THE BOARDS. We print to 24.5â wide x 48.5â high to allow for full coverage with minor trimming. Regulation board size is 24â wide x 48â high. HOLE IS NOT CUT. YOU WILL CUT THIS AFTER DECAL IS APPLIED FOR EXACT PLACEMENT. Puerto Rico Flag with Frog Cornhole Board Decal Wraps Choose laminated version of our Cornhole Board Decal Wraps if you are not putting a polyurethane coating on top of the decal. You can apply the laminated version and start playing. Laminated adds protection to the graphic from scratches and harmful UV rays extending the life of the image 3-5 years. Choose non-laminated version of our Cornhole Board Decal Wraps if you are applying the decals and then putting a gloss finish coat or polyurethane coating on top. A poly coating can be applied to either version but is not necessary on our laminated version. 4 mil 5 year outdoor air egress vinyl for easy bubble free installation. Anybody can apply these and they will look awesome! Made in the USA.