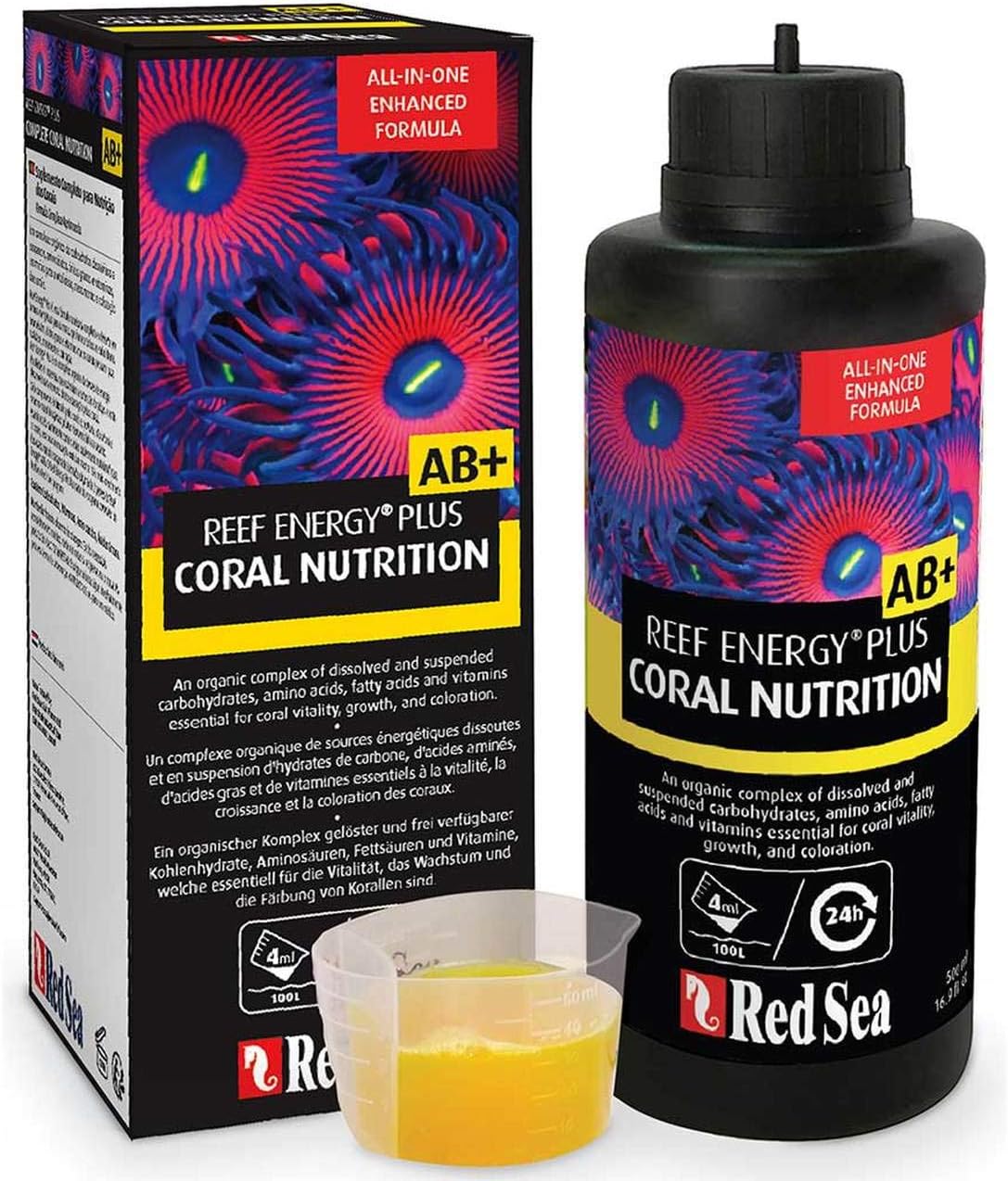 ( NO BOX ) This 250ml bottle does not comes in a box,An all-in-one superfood that will have your corals thanking you, delivering better growth, higher resilience, brighter colors, greater ease of use with automatic dosers, and minimal over skimming. Based on our long-term research, Reef Energy Plus is an enhanced supplement that provides the complete nutritional components needed by Soft, LPS, SPS, and non-photosynthetic corals for vitality, growth, and coloration. Benefits Meets coralsâ complete nutritional requirements Maximal rate of growth Ease of use with automatic dosing Minimal over skimming Highest energetic efficiency No residual waste Maximal growth With Reef Energy Plus, your corals will grow even faster than the original, two-part formula. Our long-term laboratory testing clearly demonstrated a 15% faster growth rate with Reef Energy Plus. Ease of use with automatic dosing Feeding your corals is easier than ever. You can use an automatic doser to feed your corals with Reef Energy Plus, as the new all-in-one formulation can be kept unrefrigerated and unstirred for up to one week without compromising the efficacy of the combined components. * To avoid spoilage, do not leave Reef Energy Plus unrefrigerated for more than one week and wash the dosing container with soapy water between refills. Minimal over skimming The new formulation minimizes over skimming after feeding. Highest energetic efficiency Consists of an organic complex of dissolved and suspended simple building blocks of carbohydrates, amino acids, fatty acids, and vitamins, Reef Energy Plus can be absorbed and consumed directly by the corals. This immediate, direct consumption provides the highest energetic efficiency to the corals. No residual waste Every single component of Reef Energy Plus is consumed and utilized by the corals for their metabolic processes (e.g., protein production and soft tissue regeneration), leaving no unnecessary polluting organic material in the aquarium.