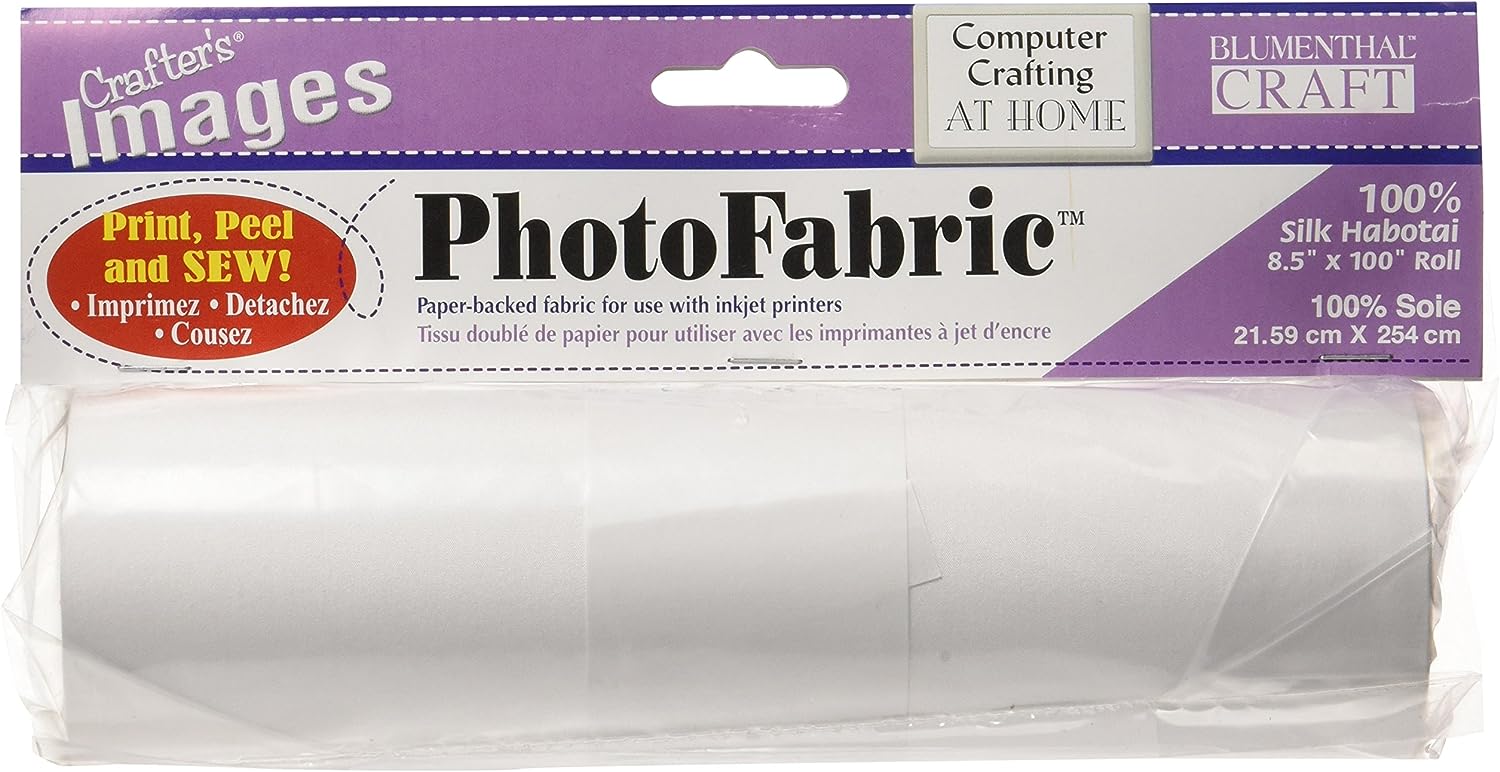 Make fun projects with this photo fabric. Fabric is soft to the touch and paper-backed for use with all inkjet printers. Easy-to-follow instructions included. Hand wash or dry clean. Size-8.5 by 100.