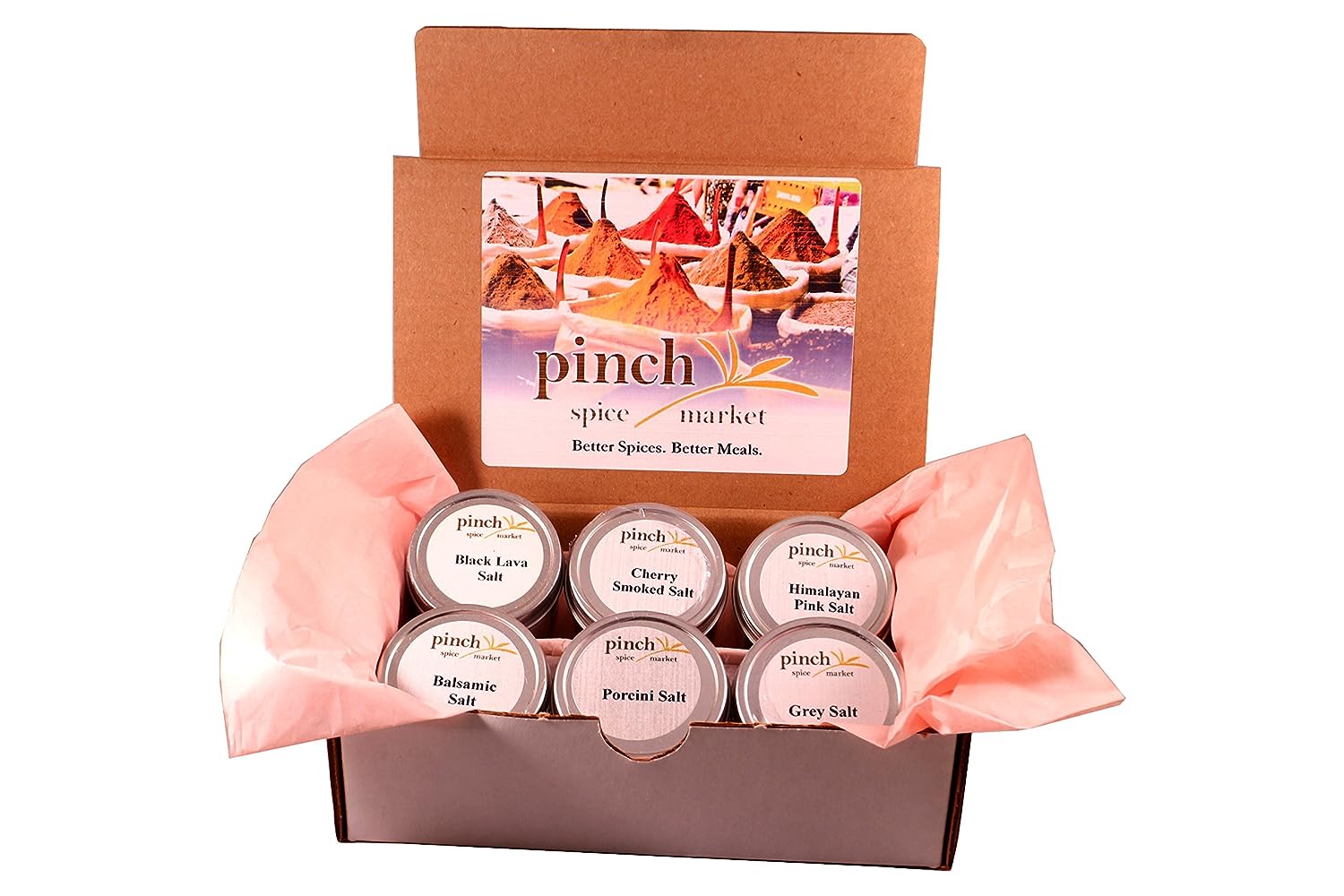 Salt is such a simple staple in our kitchen. The beauty of this gift set is that we take something so simple and turn it into something new and fun. A great mix of unique salts that we create and some that we source from around the world. Any chef will enjoy trying out these new flavors and textures putting a new spin on the meals they are creating. Includes: Himalayan Pink Salt-The most well known non sea salt. Mined from under a glacier in the Himalayas, the pink color comes from the mineral content in the salt. French Grey Salt-This sea salt is evaporated in clay ponds which gives it the blue grey color and keeps a sea like briny flavor. Porcini Salt-Made in house by Pinch, this salt has a huge burst of rich mushroom flavor. Balsamic Salt-We use a locally sourced aged balsamic to make this salt. A wonderful finishing salt that has a great balance between salty and sweet. Cherry Smoked Salt-Evaporated in a smokehouse with cherry wood burning, this salt gives a great natural smoke flavor to any dish. When you open this tin you are met with bright pronounced smoke aroma. Hawaiian Black Lava Salt-This intense salt gets it's color from the black sand beaches and activated charcoal where it is evaporated. Visually stunning as a finishing salt.

Deluxe Black and White Detroit Print - Packard Plant Paint Shop: I know this if off topic but I'm looking into starting my own blog and was wondering what all is needed t...