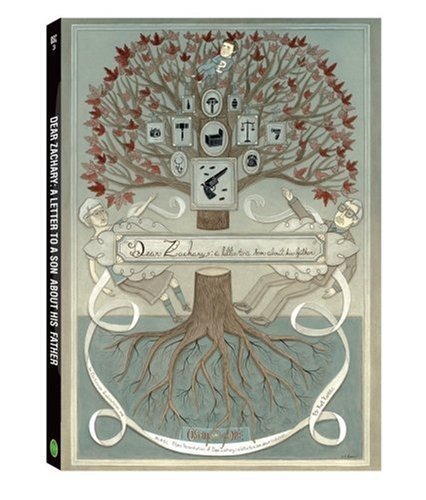 In this very personal and tragic documentary, filmmaker Kurt Kuenne passionatley tells the story of his close friend Dr. Andrew Bagby, who was murdered by his girlfriend Dr. Shirley Turner. Turner fled the U.S. to her Cnadian home with Andrew's parents in pursuit when it was discovered that Shirely carried Andrew's baby. Through a failing court system Shirely is able to avoid extradition and leaves tragedy in her wake.

Kurt Kuenne is an award-winning filmmaker and composer of both fiction and documentary films. He grew up in Silicon Valley, where at age 7, he met the late Dr. Andrew Bagby, the subject of Dear Zachary. He began making films as soon as he was old enough to pick up a camera; these early films, all of which featured Andrew, became a treasure trove for this documentary.

Kurt continued to hone his craft in college, graduating magna cum laude from the University of Southern California's School of Cinema-Television in 1995, where he won the Harold Lloyd Scholarship in Film Editing, and studied Scoring for Motion Pictures amp; Television at the USC School of Music under the tutelage of classic film composers Buddy Baker and David Raksin. In 1999, he completed his first feature film, the teen drama Scrapbook starring Eric Balfour, which garnered strong reviews, awards and landed him on Filmmaker magazine's annual list of the top 25 new faces of independent cinema. He followed it with Drive-In Movie Memories (2001), a documentary chronicling the outdoor movie-going experience, which opened the 2001 Telluride Film Festival and went onto play more than 45 festivals before becoming a popular hit with PBS audiences in the United States.

In 2002, he won a Nicholl Fellowship in Screenwriting from the Academy of Motion Pictures Arts amp; Sciences for his screenplay Mason Mule, while his screenplay Explode made the quarterfinals in the same year. He has since directed an ongoing series of black amp; white short film comedies, beginning with the enormously popular Rent-A-Person (2004), which played more than 30 film festivals in North America while picking up multiple audience and jury awards. The run was continued with the next film in the series, Validation (2006) starring TJ Thyne (Bones), which at this writing has played 39 festivals worldwide, won 19 awards and garnered more in prize money than the film s production budget.

He recently completed two more installments in the series, Slow debuting on Delta Airlines flights in December 2007 - and The Phone Book, which are currently playing festivals.

RipstopbytheRoll have a ‘new insect mesh which I will be using instead of my usual .7 oz/yd2 ‘Noseeum’ mesh in future if I want to bugproof any of my tents etc. It is called  Monolite the lighter version of which is the same weight as the ‘traditional’ Noseeum but this stuff is stronger and the …

A year ago today: Into Vic’s high country with The Grey Flyer.  At last our draconian Covid restrictions have been eased a bit and we are able to get away hunting/hiking for a few days by ourselves. It is almost too late for this year’s deer hunting season though, as soon it will be too …

It is a delight to venture into the mountains far from ‘civilisation’; when we do however we don’t have to forego the opportunity of all contact. A carefully chosen antenna system will draw in mobile phone and internet connectivity to quite surprisingly remote places. Note: You need less signal to send an SMS than a …

(Della): Home is often a bit of a ‘menagerie manor’ during lambing, but this little fellow takes the cake. Born prematurely to a maiden ewe a couple of weeks ago, we rescued him from a mud puddle next to his expired twin and brought him inside to see if we could save him with warmth …

This is an addendum to this post The Overnight Tent Stove. The self-fueling tube works! Proof of concept: A 2″ x 8″ plastic tube filled with approx 1 cm gum pellets. Approx 1 gram of wood per 1 mm  of height so I could just about fit 1.5 metres in my Grey Flyer Tent which …

This ‘Holy Grail’ of backpacking adventurers, fishers, hunters, skiers etc is inching closer and closer. Admittedly I have some work to do yet – and I also hope for assistance from other like-minded folks such as the indefatigable Tim Tinker for example. His wonderful website is here. I am coming at this from several ‘angles’ …

Which is how I would describe a Jack Russell. An excellent little dog – and if you haven’t got 1-2 lying around underfoot at your place well it is about time you did. They make an excellent hunting/hiking companion too and you don’t have to carry much food (about 100 grams/day) or other equipment to …

I get it that you might not be able to sew but I don’t get that you can’t learn and can somehow afford to buy $500+ tents and other such nonsense but you can’t buy a $200 sewing machine and make your own even better tent for <$50, but maybe I can start you on …

Tim Tinker has  once again come through with a great idea. This time he has alerted me to where you can purchase some pretty good ultralight pots. A set costs as little as US$10 on Amazon,  Aliexpress & Ebay. They are usually advertised as ‘mixing bowls’ and come with plastic lids for fridge storage etc. …

(Updated) We have been using the Naturehike Carbon Fibre Poles at 128 grams for quite a while now but we admit that we would benefit from saving an ounce per arm with these little guys so we are going to try a pair out at US$88 per Pair. If you would understand why you should …