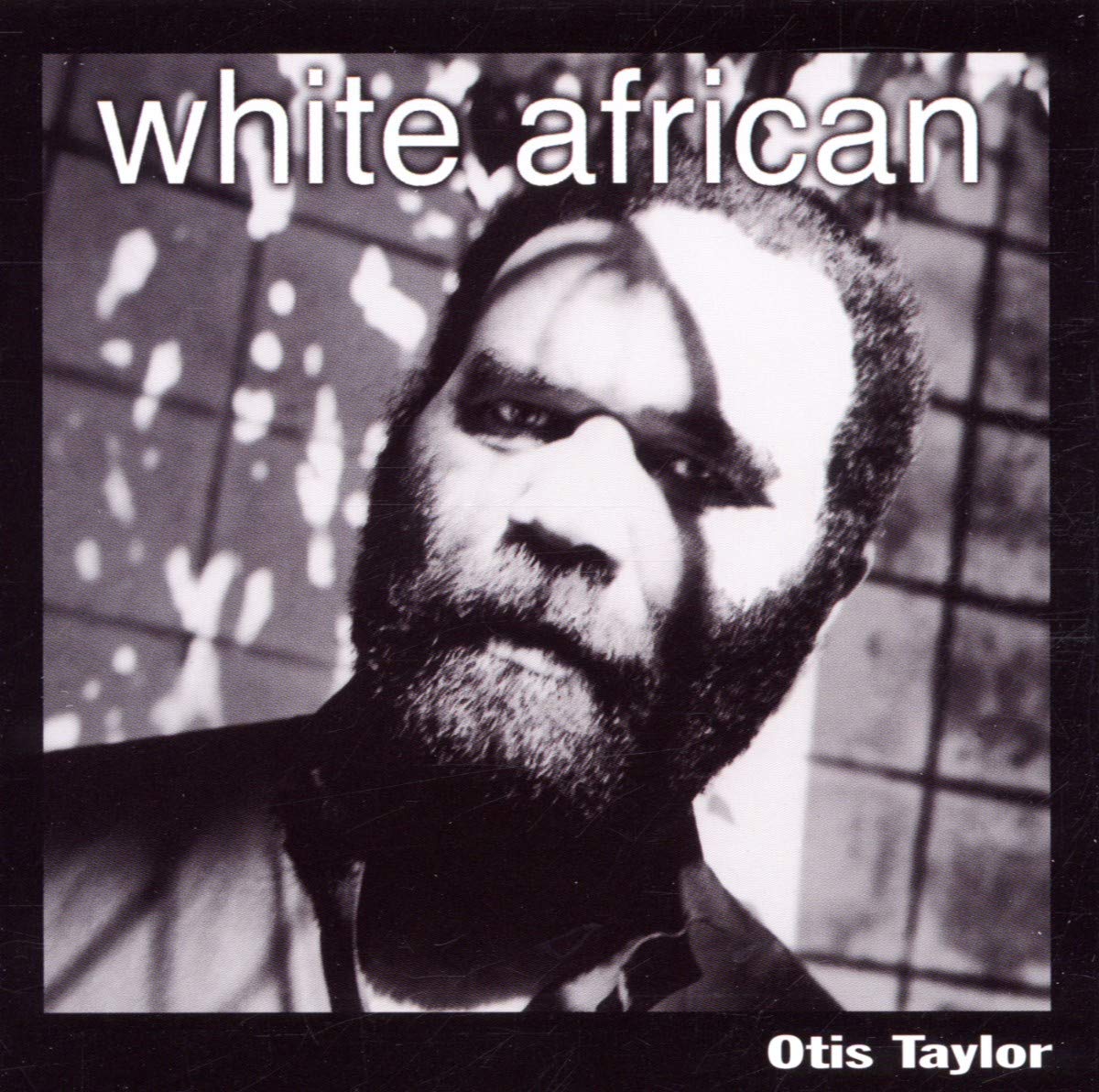 The heart of blues folklore lies in the music of Otis Taylor, long-established as the voice of American blues history. His intensity is matched only by his superb songwriting and mastery of guitar and banjo. Taylor's topical songs are rooted in the African-American past but are universal stories; they speak of poverty, pride, love and the struggle for justice.

"h3"Review "p"As he did on his previous releases, the multitalented Otis Taylor has reached deep into the roots of acoustic blues and hauled them into the daylight, in the form of an album that's hauntingly beautiful. Everything about white african is stellar - the execution, the musical interpretation, the pacing, the songs themselves -- to the extent that one can hardly avoid describing it in superlatives. Even background sounds, like the barely heard sound of a child wailing on '3 Days and 3 Nights' are entirely appropriate and never devolve into cheesiness or silliness."

That song's by far the most heart-breaking on the album; it's so tenderly performed that it's worth the price of the CD alone. Fortunately, it's followed by the harmonica-driven "Round and Round" and the shuffling "Stick on You," which calls to mind early John Lee Hooker. This kind of balance and counterbalance exists all over white african; the very first song, "My Soul's in Louisiana", features a steady beat accented by a repeated pedal tone on the guitar, only to be followed by the much slower "Resurrection Blues". This maintains a nice pace throughout the album, so that the closing "Hungry Blues" about as slow and sad as the title suggests, contains as much energy and tension as the uptempo "Lost My Horse," which has all the drive of a train at full speed"

"It's worth mentioning at this point that there are songs on white african that sound as though Taylor dug them out of a dusty Alan Lomax recording. Not so; all the songs were written by Taylor himself, proof positive that he's got a solid handle on the spirit of the genre. As if this weren't enough, Taylor plays just about everything except for the kitchen sink, from acoustic guitar to electric banjo, and does it all with expressiveness and aplomb. Then, again, we shouldn't expect anything less from a man who's played with everyone from Muddy Waters to Jimi Hendrix and who has been at this for decades. White African is one of the first releases from NorthernBlues, a new Toronto-based label; if it's any indication, we should expect a lot of good music from them. -- Blues Revue, April 2001

White African is like no other blues CD. Terrific songs, fantastic sound quality, combined with an incredibly hypnotic rhythmic structure! In addition, all of Otis Taylor's songs are topical and relevant.

Church "Joy of All Who Sorrow"

This website uses cookies to improve your experience while you navigate through the website. Out of these, the cookies that are categorized as necessary are stored on your browser as they are essential for the working of basic functionalities of the website. We also use third-party cookies that help us analyze and understand how you use this website. These cookies will be stored in your browser only with your consent. You also have the option to opt-out of these cookies. But opting out of some of these cookies may affect your browsing experience.
Necessary Always Enabled

Any cookies that may not be particularly necessary for the website to function and is used specifically to collect user personal data via analytics, ads, other embedded contents are termed as non-necessary cookies. It is mandatory to procure user consent prior to running these cookies on your website.

I'm a small banner and I'm just trying to make money for my creator. Unfortunately, I’ve been eaten by this adblock - script