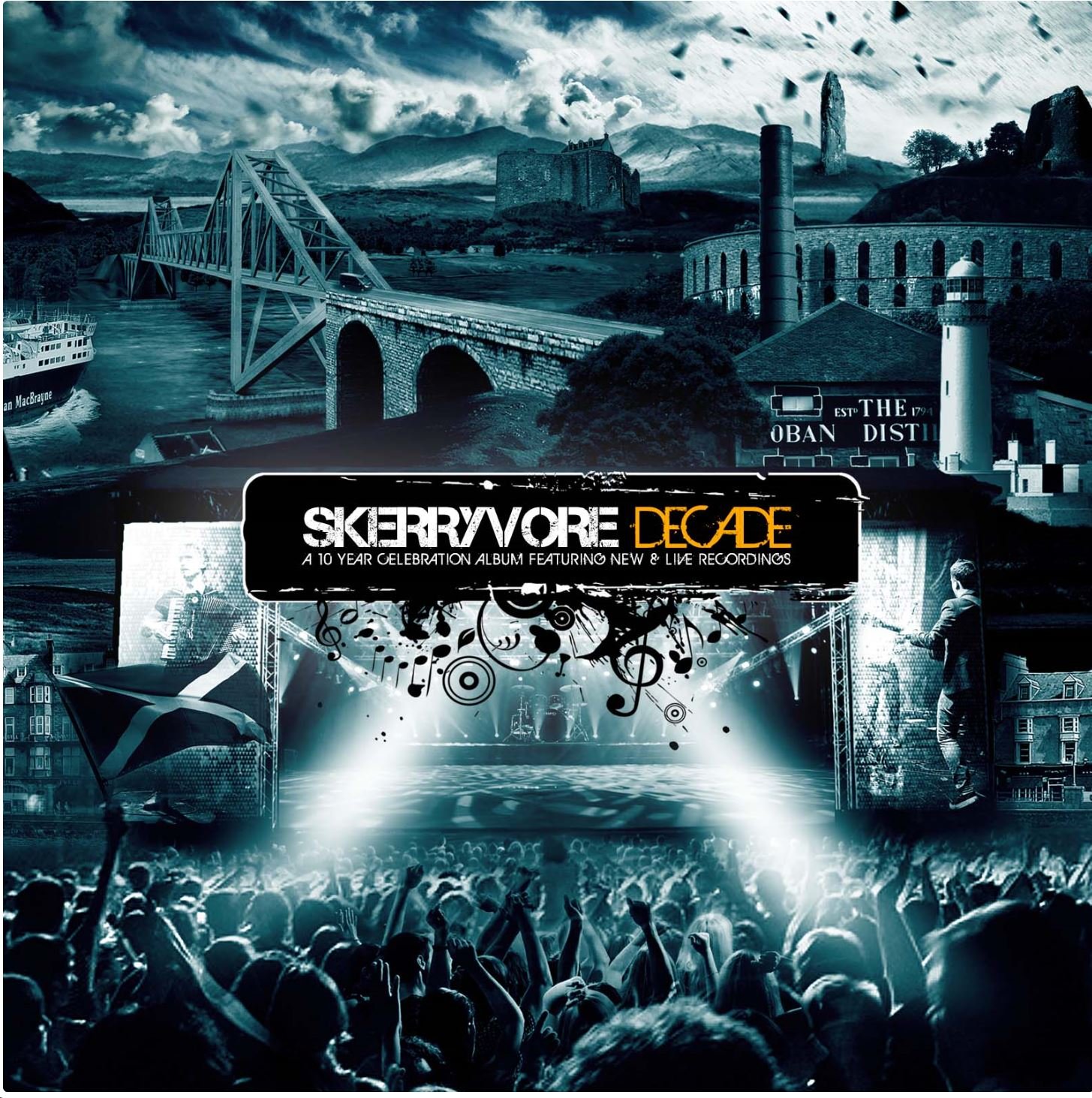 Skerryvore are one of the greatest folk/rock bands to come out of Scotland in recent years. Decade is an album that brings together twelve of the bands best recordings over the first ten years that the band has been together. Skerryvore create a unique blend of guitars, vocals, bagpipes, accordion and whistles plus bass, keyboards and drums. This album will electrify you in places you never would believe.

Skerryvore celebrated their 10th birthday in 2015. In May 2015, they held a 'Decade' event in Oban. The open air concert, held at Mossfield Stadium, attracted an audience of 6000 who enjoyed various artists including The Red Hot Chilli Pipers, Trail West, Dougie MacLean, Sharon Shannon, Skipinnish, Scott Wood Band and, of course, Skerryvore. To coincide with the occasion, Skerryvore's 'Decade' album was also released. Described as a celebration of their 10 years, the CD is a collection of many live versions of Skerryvore classics, some recorded at Festivals, including Tonder Festival in Denmark, with others recorded as 'live' studio sessions. It also included previously unreleased tracks, including the single 'Happy to be Home,' featuring Sharon Shannon.

In collaboration with Bruichladdich distillery, they released a limited edition, 10 year old, single cask, single malt, 'Decade' whisky. With only 290 bottles produced this has become a collector's item.

Following the success of their 'Decade' event, Skerryvore launched 'Oban Live,' a two-day festival which was held at Mossfield Park, Oban in May 2016.